This software was introduced by a software engineering friend of mine who was looking to get more productive. I’m not super distant from programming even though I study mostly in social sciences and humanities, so while I’m perhaps a little distant with the field than the rest of you guys, I thought it would be a totally fun experiment to use this software to build a canon of traditional Western philosophy that are linked together by their main ideas. Many influential political theorists/philosophers draw from a lovely variety of other thinkers from a variety of eras. I started a simple graph as a test and the method of organization was such: 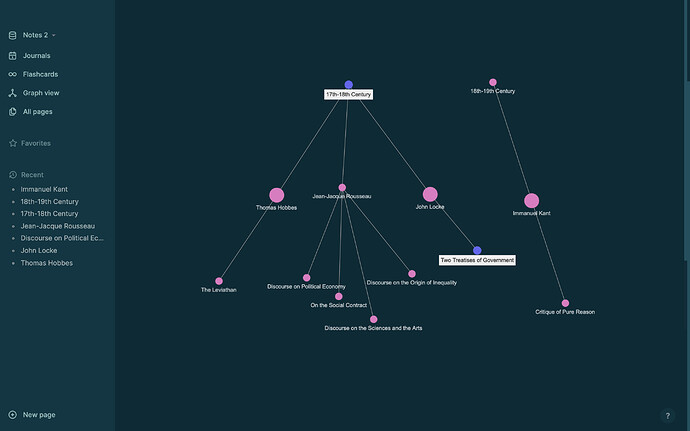 Time periods be the base node that expands outward like a tree. Ideas could link to some other philosopher’s idea of any era. You could have Chomsky refer to some idea of his that he claims influenced by some Continental philosopher. I imagined that when expanded, it would turn to be a very interesting graph of linked nodes! The problem is that this isn’t permanent. When I click elsewhere it immediately reverts to this: 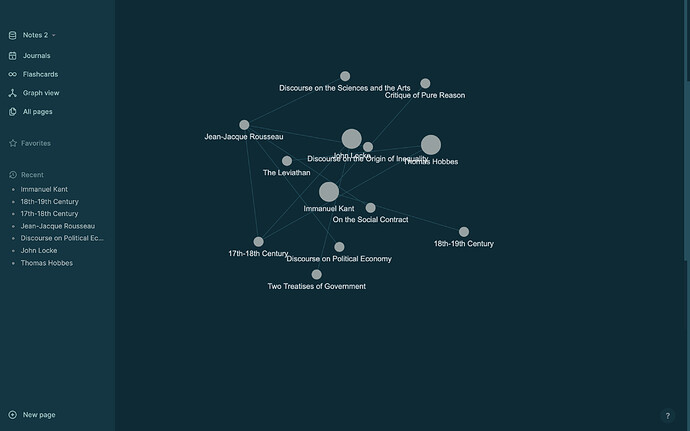 This is a pain if I want to expand this. I think this shouldn’t be too hard to change and I think this would be interesting to see! Any thoughts on this?