Urgent feature request Could ordered list items be made into separate blocks for the next updates?

The way LogSeq currently handles ordered lists is an underrated but critical problem for note-taking and networked thinking. Beyond a CSS decoration, ordered lists have a semantic significance that makes visualizing sequences, listing and sections possible.

The present syntax clusters all ordered list items into a single block, making it impossible to selectively connect individual items to different tags and thus pulling all other items irrespectively into the connection.

This shouldn’t be a problem, as it substantially limits LogSeq’s linking capabilities for a simple, yet vastly used markdown syntax.

Beyond a simple CSS code (which only paints over the underlying problem):

Could ordered list items be made into separate blocks for the next updates? This is would be such a vital improvement to the present syntax many of us area still waiting for (s. View as numbered list)

In the meantime, there is this logseq plugin 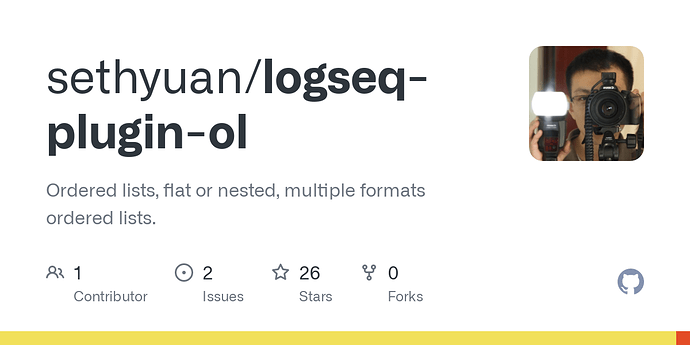 Beyond a CSS decoration

Thanks, I knew about the plug in, which is what I mean with Beyond a CSS decoration [...] and Beyond a simple CSS code (which only paints over the underlying problem. Still, unfortunately doesn’t solve the problems mentioned above.